I just realized that I’m quite behind. Shocking.

Halloween was SO much fun!  Totally different then years in the past because the boys were so much more interactive.

Every year I say we’re going to be one of those cool families that has a group coordinated costume and every year (for the past two) I’ve failed on a grand scheme.  NEXT YEAR!  Anyways, soak up this cuteness. 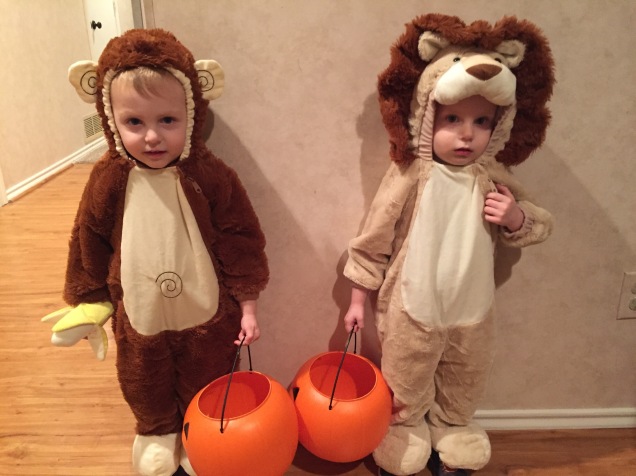 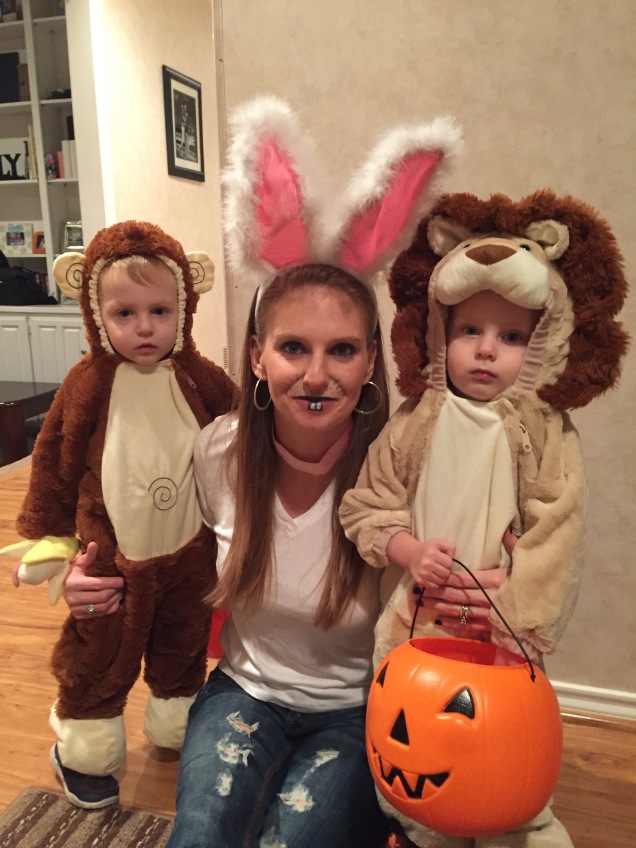 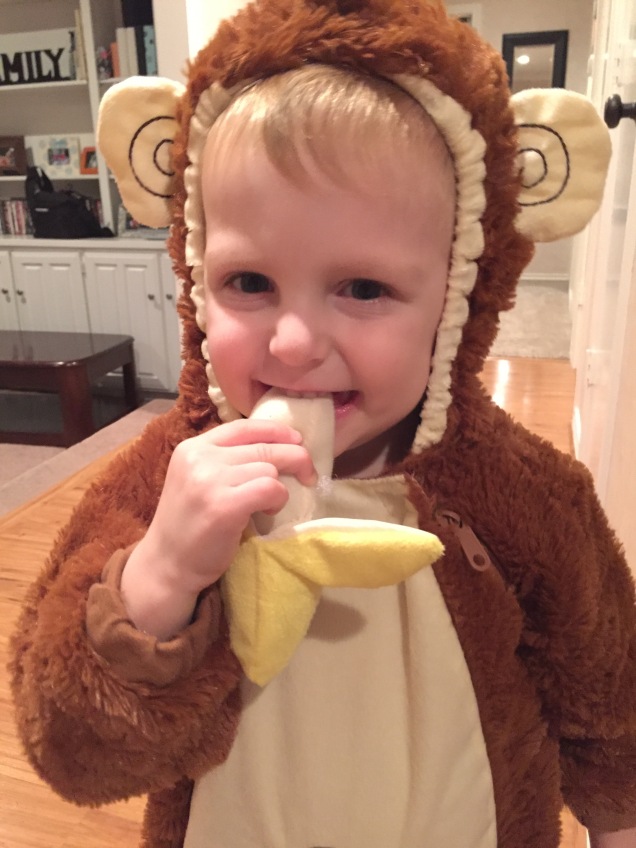 I didn’t take great pictures but it was mostly because we waited too long to get them ready to go. Tots are supposed to be out first and all of a sudden, we had trick or treaters at our door and we weren’t ready to go yet.  Enter me running around like a nut.  And I tried to throw together a “costume” at the last second. So it was kind of a rush to get out the door.

The Nuggets really liked going to each door and knocking. That was their favorite. Weston would walk up the path to the door saying, “knack knack“. Soooooo cute!  Several of our neighbors made the mistake of offering the bowl to the boys to pick which candy they wanted…they might be young but the desire for sweets must be ingrained at birth because the boys tried to take twenty pieces of candy off each person.

Someone once told me that after their child turned two, everything (developmentally) seems to really speed up. I’m not sure that is correct because SO much changes every day when they are in the “infant” category but I think I now understand what they meant.

The boys have been two years of age for a month. In that month, they’re blossoming.  They are saying so much more than before. Echoing everything we say, even though their version is not comprehensible. Corbin is always copying our mannerisms (time to start watching ourselves). Also trying to help me with everything; laundry, cleaning (which ends up the opposite of cleaning), emptying the dishwasher, anything really.

Weston is getting closer to saying both of their names. He calls Corbin, Cor-cor…which is a nickname I call him on occasion. He also says Weston as Waa-waa. Pretty much anything with a W is pronounced like that, but he’s really trying. 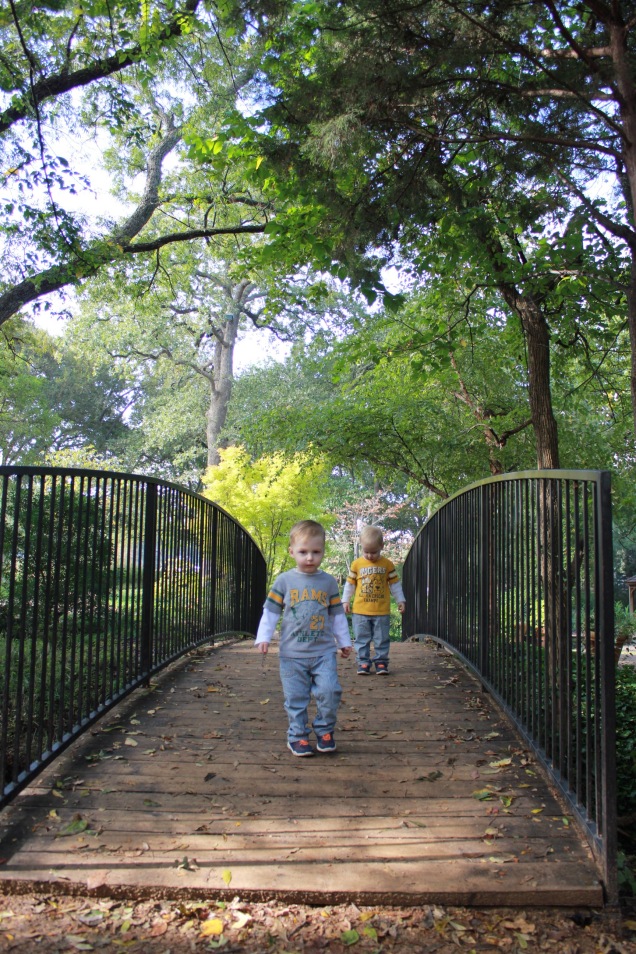 Corbin William has the flirting down. When he wants something, he nods his head and makes this little smirk and then says “pleeeeeeease”. Annnnd then you melt and give him exactly what he wants. 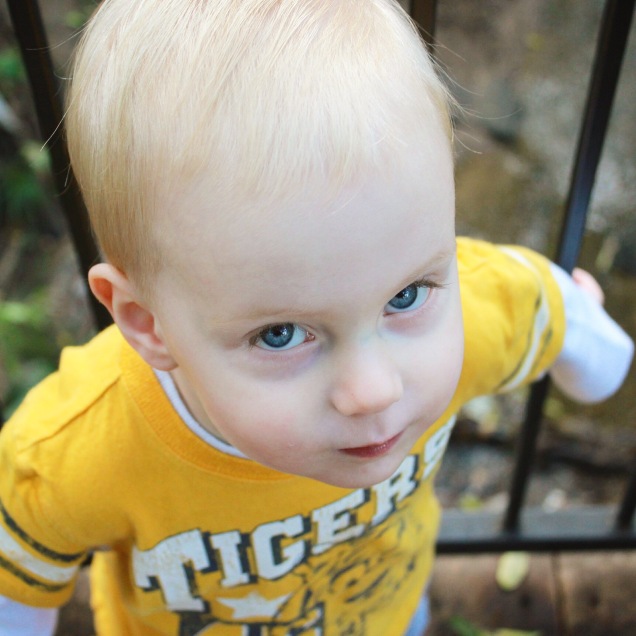 We also went to Broken Bow, OK last weekend with some dear friends. The Hubs’ family grew up going to Beavers Bend S.P. and told me about it, often. When we lived in San Antonio, traveling to OK would have taken almost nine hours, so it was out of the question. When we moved to Houston, it was still about a seven hour journey, which wasn’t something we wanted to do for just a weekend. Now that we finally moved back to the Dallas area, we went for the first time about four years ago. And now I get it.

We initially stayed in the state park but shortly thereafter, we discovered these beautiful log cabins in the direct vicinity. The following year we got a group of friends together and rented one of the cabins, I prefer the luxury glamping to the state park cabins. What girl wouldn’t?

The summer time was gorgeous as Broken Bow Lake is like nothing you can get in Texas, but it’s R E A L L Y hard to beat the fall leaves and cool temperatures.  With the boys being born in the fall, and then being pretty little still the following year, this is the first time we’ve been back. They loved it! 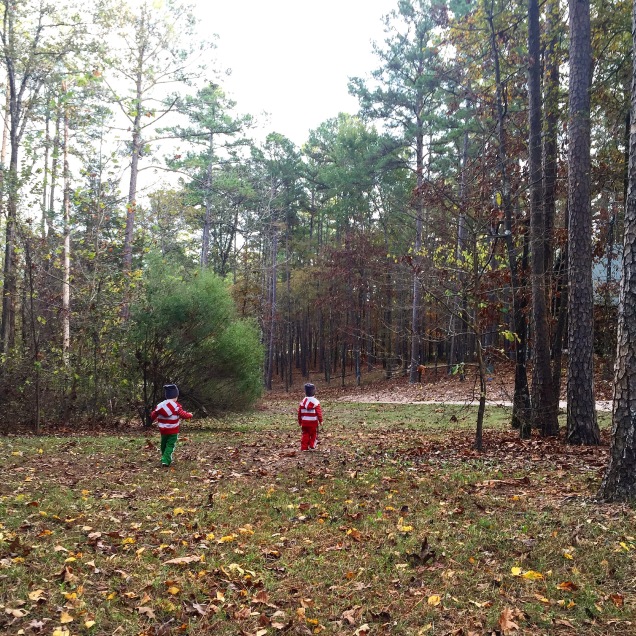 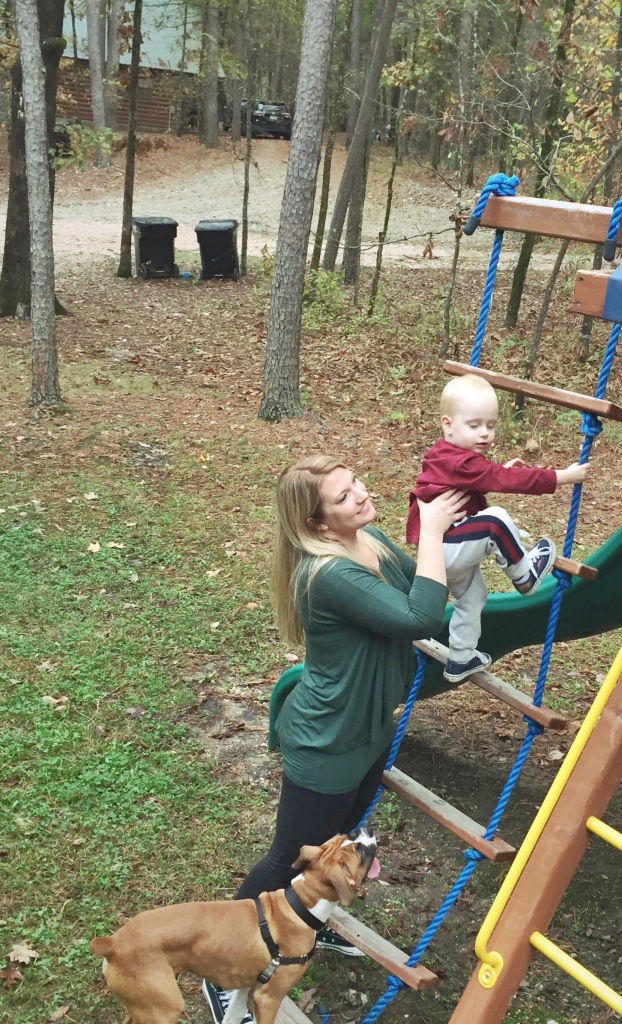 Just a bonus that the cabin had a playground!  And several of the Beavers Bend Adventures cabin rentals are pet friendly. 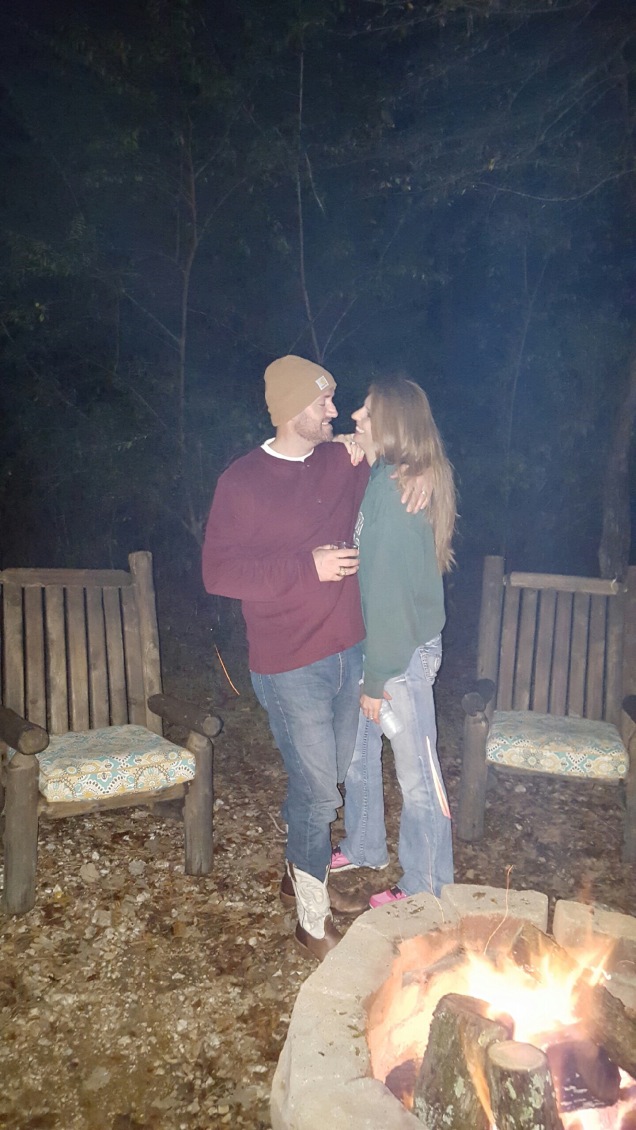 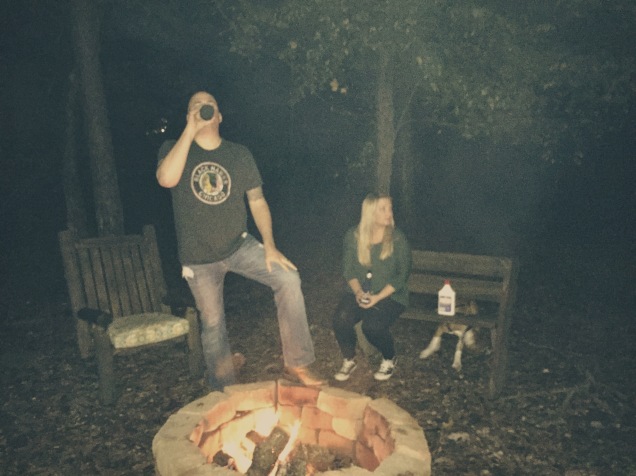 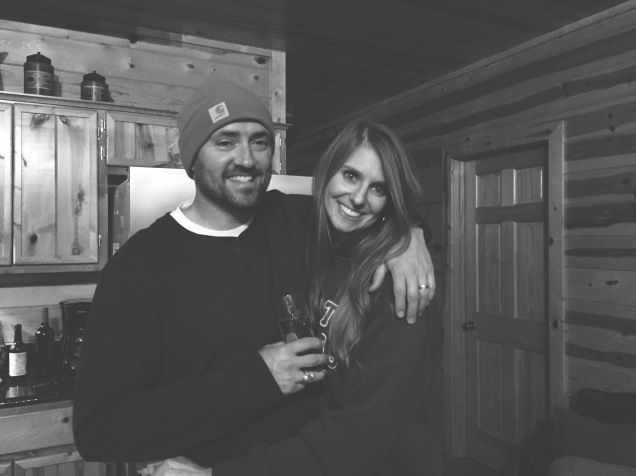 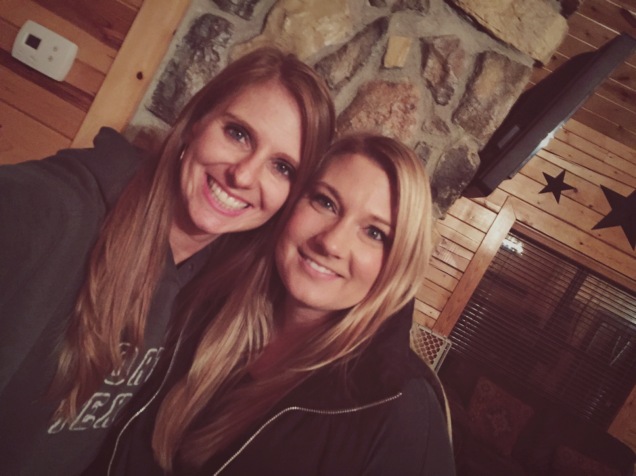 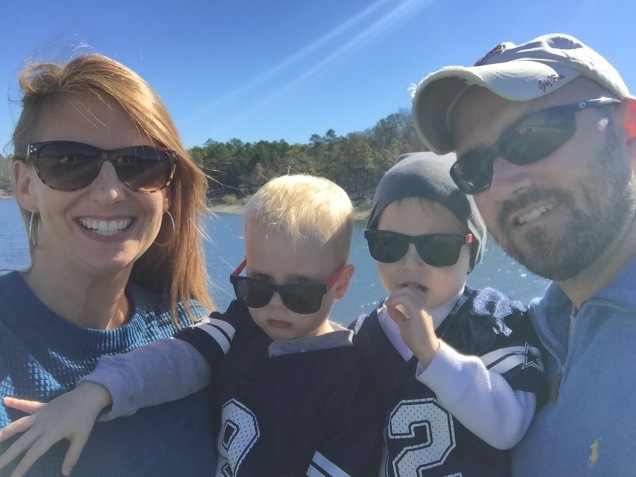 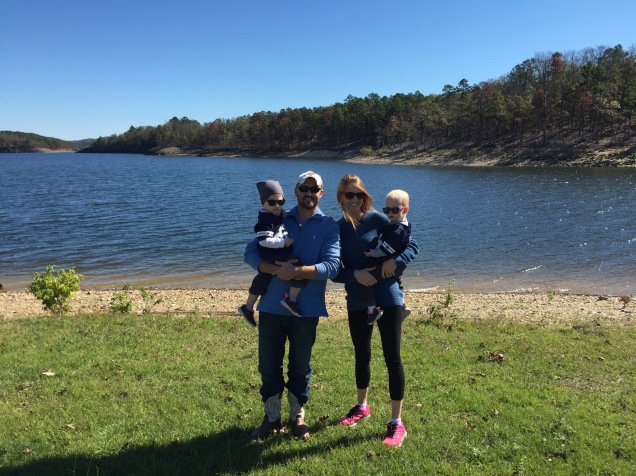 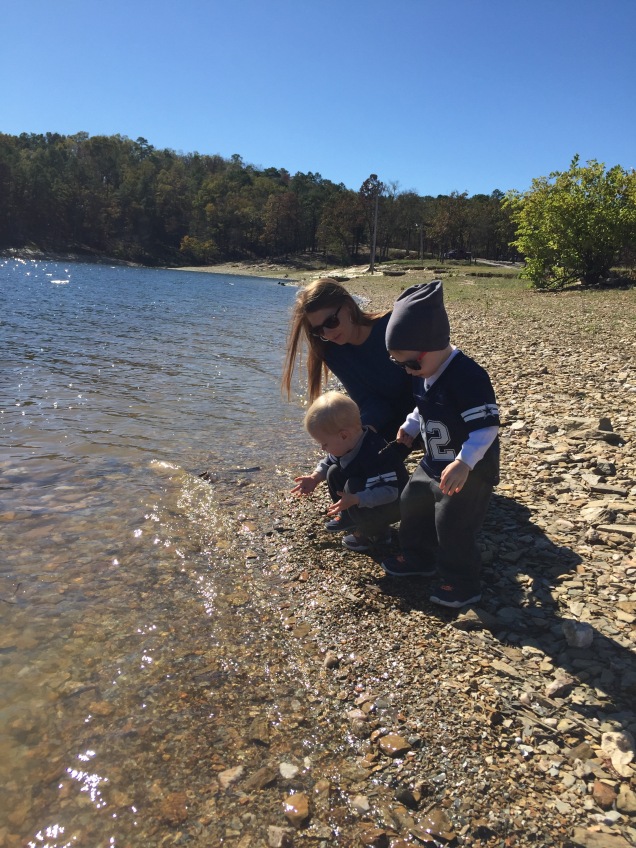 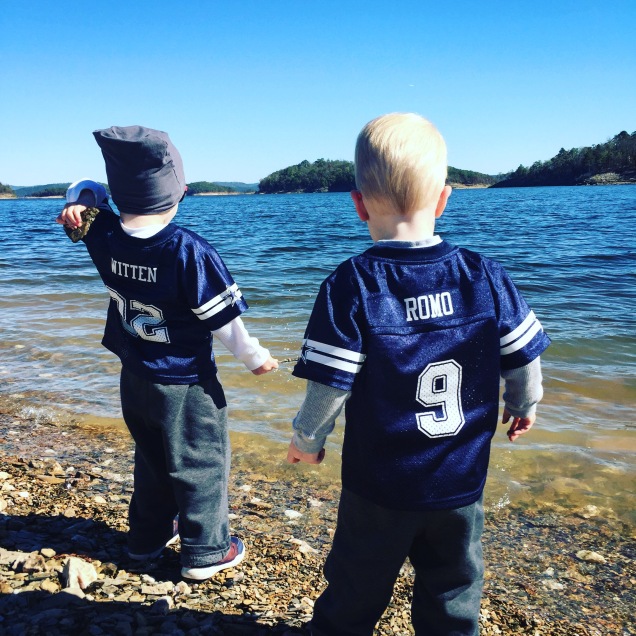 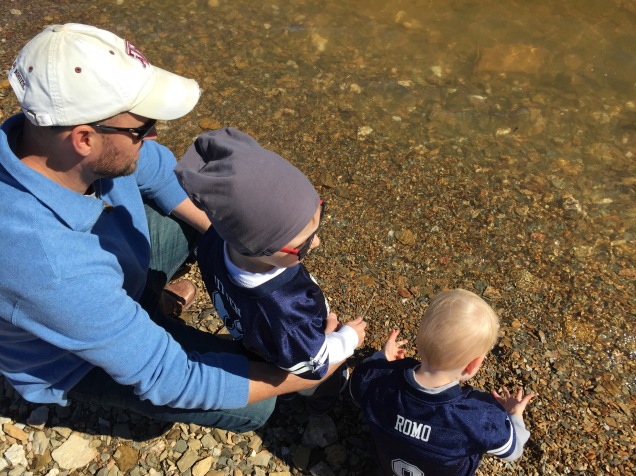 I look forward to making the same memories with our boys, that The Hubs made with his family.   I know that trips in the future will include more family and more friends!!

F R E E D O M because of the brave. ❤️💙
HBD Aunt @maybeitsmikala! Full family operation (I was behind the camera directing 😉) 🎶 🎂 🎉 We wish you a happy socially distant birthday! • And congrats on your EMT grad! 🎓 • #youdontwanttohearmesing #hbd #aunt #allennuggets