Well our first trip to the beach went great.  It could have been longer. Who ever wants to come back from vacation but ours was entirely too short!

We left on Wednesday to head down to my parents’ house (outside of Houston).  The boys did really well on the drive.  I thought we could time it right with nap time and they would sleep for a few hours.

Nope.  They fell asleep within 10 minute of hitting the road and woke up about 30-45 minutes later.  Which made for a lonnnng ride for them (and us).  Surprisingly they did really well and we didn’t have any major meltdowns.

My parents finally updated to smart phone within the last year (I’m a proud daughter) but kept their old phones.  The boys were obsessed with said phones.

My niece, who doesn’t get nearly enough time with her cousins, was loving on these boys every chance she got.  She was also very helpful by letting me know if they were getting into something.

We headed to the coast on Thursday morning.  After a stop at Cracker Barrel on the way down, full bellies lead to Corbin passing out again.  I think he struggles the most with dropping that morning nap.

Thursday just involved settling in to the Blue Wave beach house (via Home Away) and enjoying the weather and food.  If you’re ever interested in staying in the Galveston Texas area, the house location couldn’t be more perfect and it’s loads more cost effective than hotels if you have a large group. 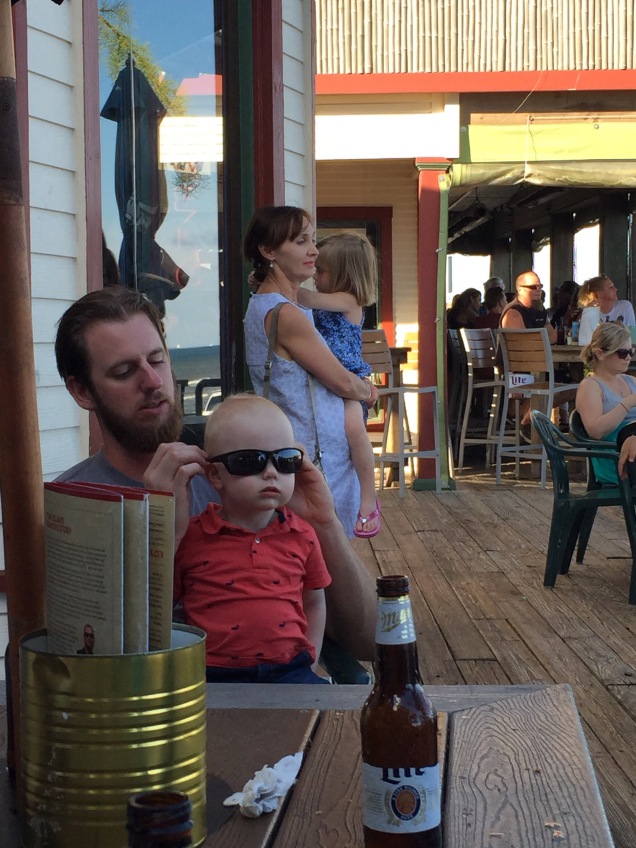 Corbin with his Uncle Kyle

Friday we were up and ready to hit the beach ASAP.  The weather was iffy the entire time we were scheduled to be there so, as long as it wasn’t raining, I wanted to get as much time in at the beach as possible.

Galveston was actually quite surprising.  The beaches were nice, the water was as good as it gets and the weather was high 80’s.  It was ideal.

The boys really liked all of it.  Some kids don’t like the sand that sticks to their hands or the salty ocean water.  Not my Nugs.  They loved it all. 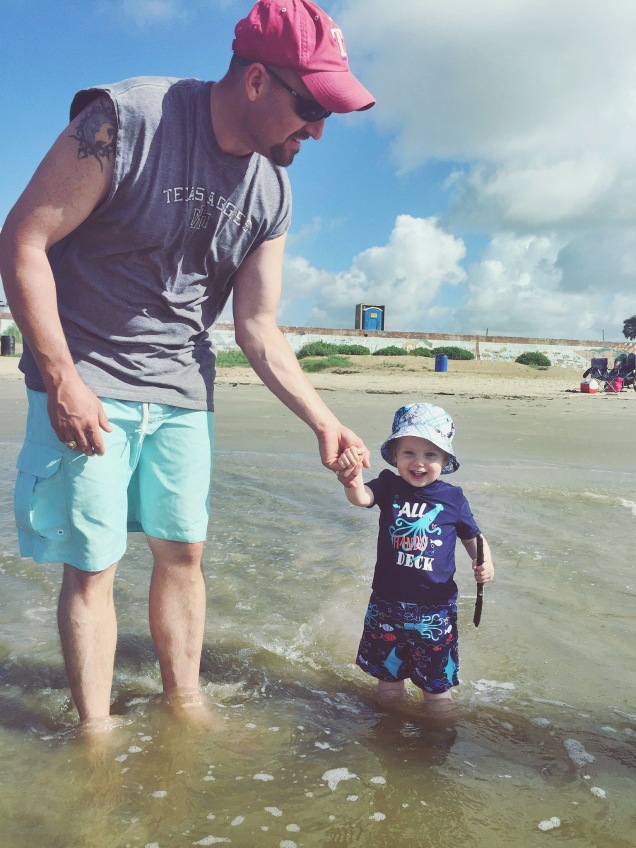 Big thanks to Momo for all her help.

We headed back for naps and they crashed out for three solid hours.  We went back to the beach, more family arrived and we all really enjoyed ourselves.  Gorged ourselves on beach time.

Unfortunately, the weather on Saturday was poo.  We didn’t end up getting to the beach until almost 4:30 due to the rain and we were only there for about 40 minutes before everyone was hungry.  All of a sudden it was Sunday and it was time to pack up and head home.

See what I mean when I say it was too short?  The weather rained on my parade (literally) and now I want a do over.  Good thing it’s only June and we have several more months of warm weather!