I once read a quote that said, “If you want to make God laugh, tell him your plans”.

He probably laughs at me quite a bit.

I’m always making plans.  I want to do XYZ this year. Then, next year I want blah, blah, blah and so on…

I’m one of three children.  I’m the middle child; does that shock you at all? I have two brothers and we’re all four years apart.   Momo said that she wanted her babies, to be a baby before introducing another baby.  Makes sense. 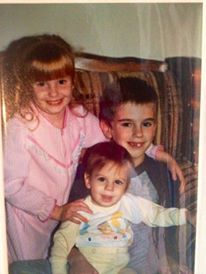 Although my brothers and I are all good friends now that we are adults, it wasn’t really that way growing up.  I mean, what 8 year old boy wants to play with his 4 year old little sister?  It was a little different with my younger brother and I because what 5 year old girl wouldn’t want to love on a baby brother?  Switch it back again; what kind of relationship will a 14 year old boy have with a 6 year old younger brother.  It’s too big of a gap. My plans were always to have my kids close in age, to hopefully encourage tight friendships at younger ages.

There it is again, my plans.

My mom is also the second oldest, of eleven.  You read that correctly.  E L E V E N.

How awesome is it to be part of a huge family?  Very. My grandmother was pregnant for 20 years practically.  She obviously had zero infertility issues.  Talk about built in best friends.  Shoot, that’s an entire basketball team.  All of my aunts and uncles are pretty close but I know relationships changed from when they were kids to adults.  My mom moved out, along with several of the oldest siblings, when the youngest were still in grade school.  That would have apparent effects on relationships.

People ask me all the time if we’ll have more kids.  One of my (31 first) cousins has four children.  She once told me that people have actually commented to her, “There is a way to prevent that you know.” Like she needed to be enlightened to the idea of birth control.  We have other good friends that have three daughters. The mom told me that people always assume, and comment, that their third little girl was an accident.  What would happen to the world if they have another one!  Gah.  What is wrong with people? Why is it that anything more than 2 children is SO outside of “normal”? WHATEVER.

Now, even more that we have children, I want more. I read a blog on Scary Mommy recently that cracked me up. It was a mom of three claiming to be crazy because she wants more children.

It’s not for everyone. A friend of a friend has one child and she told me, “Just having one made us realize that’s all we want”.

The boys couldn’t be any closer in age. Two minutes is pretty much as a close as you can get.

But since my plans never really go according to plan…I’m not sure what’s next. Do we want more? Yes. How does that look for us? I don’t know. Will it mean more fertility treatments or dare I consider it actually happening without assistance?

Will it even happen at all?

That’s up to Him. I have to constantly remind myself that whatever the outcome is, there is a greater plan in play.

These guys would make such good big brothers. 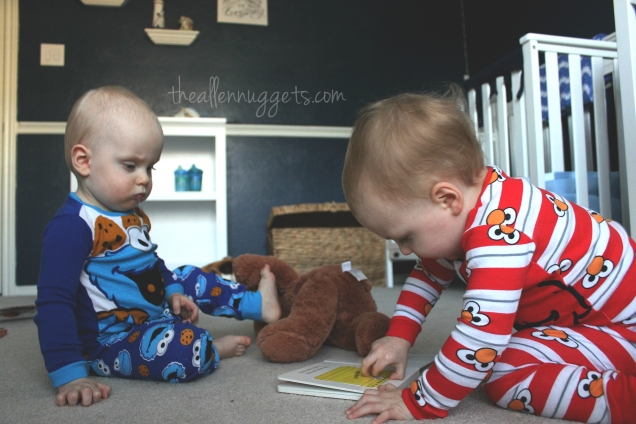