He came home last night and we are so happy. It makes me even more happy that when The Hubs got to the hospital to see Corbin this morning, they wanted to do the care seat study with him today!!!
Let me explain.
The boys were both back to their starting birth weight, or slightly more. That was one of the goals to be able to leave the NICU. The other big goal, equally as important, was/is to eat consistently without the feeding tube. Weston took off first. He had been pulling the tube out at least once a day and on one of the days, he took all of his feeds via bottle which started the “countdown”. They needed to do it for 48 hours. After that, it all went pretty fast.
Monday night we roomed in, which is to stay in a room there in the NICU, with Weston, and the nurses right outside the door. They did the car seat study too – ensures they can be in that position for 90 minutes without any issues (breathing is the main concern). After all those requirements were met, we were home free! We brought him home last night. 🙂 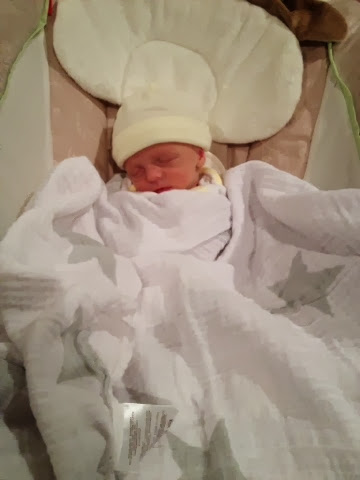 Corbin still needed his feeding tube, that is until he found out his brother was going home. Yesterday he pulled his out and has been eating really well for over 24 hours now. When The Hubs got to the hospital this morning, the nurses asked for the car seat to do the study! Corbin will most likely be home tomorrow!! This is such great news!! For obvious reasons but also because we cannot bring Weston back into the NICU to visit. And we don’t even want to bring him to the hospital waiting rooms because of germs. This means The Hubs and I are on a rotation, one at the NICU with Corbin and one at home with Weston. The less time we have that crazy schedule, the better.
Last night was tiring. Weston must have his nights and days a bit backwards. At approximately 11pm he was up to party until about 2 am. Around two, I turned it over to The Hubs and tried to sleep a little.
I’m pretty sure this is how it is with all newborns. I’m glad that Corbin is not far behind though because I don’t want to get into a “groove” with one baby and then have to start over adding to the mix.
I’ve been an emotional wreck as expected. My breast milk has still not fully come in and there is a good chance it won’t. On average a “full” supply is 25-30 ounces a day within 14 days postpartum. I don’t pump even half of that. I’m so sad because I was incredibly diligent about pumping and skin to skin and putting the boys to breast this entire time. Pumping every three hours regardless. I knew breastfeeding would be a challenge, especially with twins but I never thought my supply would be a problem. To be honest, I actually didn’t even know it could be a problem. Everyone keeps telling me with my emotions being all over the place and the stress of the NICU situation, those factors can cause your supply to be an issue. It doesn’t help though that there are two other moms in the NICU that are pumping triple my output.
So although I tried not to have too many expectations, I cannot help be really sad about the way certain things regarding this pregnancy have gone. Having a c section and now not being able to exclusively breast feed the boys.
My OB tried to put it in perspective for me and told me to ask myself, what’s he worst that could happen? I have to supplement with formula. They will still be getting some breast milk which is much better than none and they won’t starve.
I’m working on focusing on the positives. One, Weston is home. Two, Corbin should be home in 24 hours. Three, both boys are healthy, gaining weight and eating. Four, I have two beautiful sons to be very, very thankful for now. 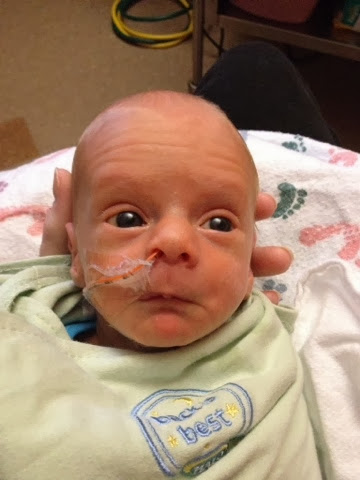 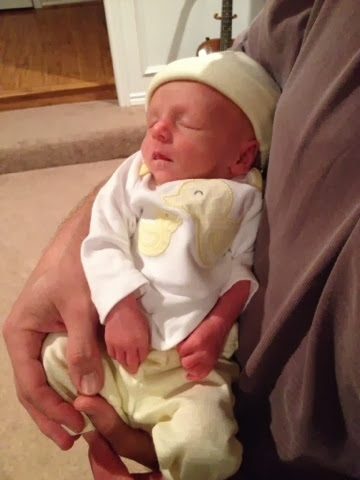