Skip to content
Just a quick update for y’all while I’m strapped to the milk factory – aka #pumpingismylife (uuuuuuugh).
The situation we are in has to be one of the most challenging of my life. I’ll go into my birth story later. I was discharged from the hospital on Sunday. Without my boys.
To go to the hospital with a giant belly and all the excitement and come home with all the pain, but no new baby, is rough. Like heartbreaking.
When they were born, everyone told me how good I’d done keeping them in to almost 36 weeks and the NICU team turned them over to us and the regular newborn nursery. I was so happy that they were on my chest ASAP and in our room in recovery.
Since my delivery was at 4:30 am, we had them all day and all night and the next day. Since they were premie and twins, my breast milk was not enough ( as in nonexistent for three days) so we were supplementing. Both Corbin and Weston were struggling to eat. That night we agreed with nursing to let them keep the boys in the nursery for one feeding after their assessments. They never came back. The pedi called and let me know they had both lost 10% of their weight and needed to go to the NICU for care. I was balling. I knew having twins there was a huge chance they would spend some time there but it was the part where they were given to me and then taken away.
Both received feeding tubes because just  the act of eating was too much. They were burning more calories trying to figure out eating and it was causing weight loss. Corbin was also having apnea issues where he’d stop breathing for greater than 20 sec and he had jaundice.
We have been told about a million times that all of their issues are totally normal for pre-term babies and that they boys are doing great. Corbin’s jaundice is down and he’s no longer under the lights. Plus his volume of food is up so the IV is out and he hadn’t had a apnea episode since Sunday. Weston didn’t have those other issues, he just needed to eat. His volume is up as well and both are tolerating thei bottle/breast about 50%.
I’m trying not to stress since it’s bad for my already low milk supply but it’s hard. I cry just about every day because I want to be with them but it’s exhausting and I’m still sore from my c section.
I’ve actually been “ordered” to rest more today bc I’ve been over doing it. Keep praying for my lil men and hopefully they’ll be home soon. 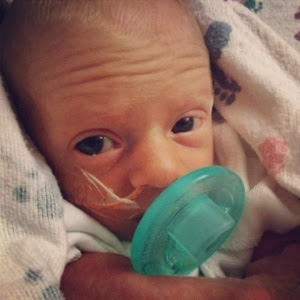 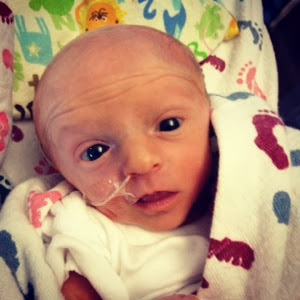 2 thoughts on “Update – One Week Old”