I’m pretty positive I’ve officially felt one (or both) of the Nuggets move! 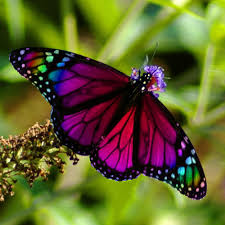 It’s my first pregnancy – I have absolutely no idea what to expect.  The world wide web say it feels like all kinds of things: “Tapping from the inside”, “butterflies”, “fluttering” (<– that one I don't get), "involuntary muscle spasm".

Many people say it’s easy to confuse with gas.  Or mistake gas for the baby. With the amount of gas you have while your pregnant, I can completely see how that would happen.  :o)

I will say though, I’ve felt the “butterfly feeling” low in my tummy and I’ve felt what someone described as the involuntary muscle spasms, so I am going on the record to say that I’ve finally felt the Nuggets.  Almost 18 weeks along.  The Hubs swears he’s felt something but I think he’s dreaming.

Speaking of moving, Saturday involved packing.  I’m ready for this whole ordeal to be over with.  Closing is scheduled for Wednesday and then the move.  Then I can get settled.  Finally.

One thought on “Moving and Shaking”